Another day, another influential album.  🙂 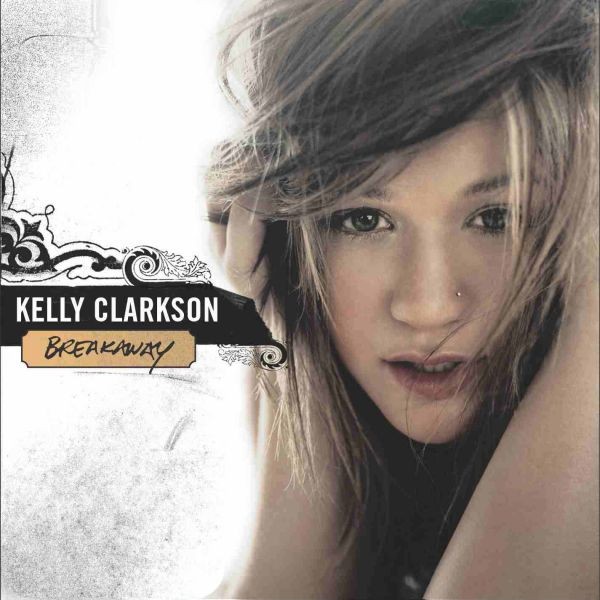 Anybody else reallyyyyyyyy into American Idol back in the day?  I know I was a huge fan of the ORIGINAL series (I’ve got opinions on the recent revival of the show–that’s for another post) that brought us the legend known as Kelly Clarkson.

I must admit, I wasn’t even rooting for Kelly to win the inaugural season of AI.  I was a teenage girl back then, which meant I was squarely on #TeamJustinGuarini.  (What can I say?  He was cute, and I had raging teen girl hormones controlling my thoughts.)  But Kelly definitely deserved to win.  Homegurl can SANG.  I enjoyed her debut album (Thankful) that came out as a result of her winning the show.

But her sophomore album Breakaway…that album was special.  It was the soundtrack for my high school years, even though it didn’t come out until I was a senior.

For a long time, I didn’t know that the feelings of desolation I had were actually signs of depression.  Breakaway helped me get through the pain I experienced (especially breaking up with my first boyfriend).  One song in particular called “Hear Me” was my heartsong.  I felt like I was in a crowd, screaming for help, and no one noticed.

(If you haven’t checked our Part 1 of this series, please do!)

“Music, at its essence, is what gives us memories.

And the longer a song has existed in our lives, the more memories we have of it.“

Mr. Stevie had it right, y’all.  So much music colors my life.  A song comes on and within the first few notes, I’m transported.  Memories, bright and sharply focused, take me back in time.  Depending on the song, I could laugh out loud or burst into tears.  I welcome all the memories–happy and sad–that the music brings to me.

Starting today, I’ll post the artwork for an album.  Some are old; others are more recent.  Some brought me joy; others got me through the toughest times in my life.  All make up the soundtrack of my life, the music of my heart.

I remember exactly where I was when I first heard Lemonade.  After a cruise celebrating my mother’s birthday I sat in the Detroit Metro airport, waiting for the flight to take me home.  I’d heard the buzz about the album–the controversy over “Formation” at the Super Bowl halftime show, the shock that she made a whole entire film to go with it (#whodoesthat #yourfavecouldnever #shesthegreatest)–so I had to hear what the Queen was talkin’ ’bout. I purchased the album on iTunes and listened to it over…

At some points, I openly wept.  In the terminal, on the plane–I couldn’t hold back the tears.  You see, I had a tough time recovering from abuse from my ex-fiance.  I felt betrayed.  I felt angry.  I felt afraid.  I was just coming to the realization that, even though I felt powerless, I was the one who controlled my life.  Lemonade spoke to all that betrayal, anger, and fear.  It let me know I would make it through and be a stronger woman in the end.

Dishes smashed on my counter

From our last encounter

Pictures snatched out the frame

Bitch I scratched out your name

What is it about you

That I can’t erase

When every promise don’t work out that way

Her voice breaks at, “What is it about you that I can’t erase?” and it was like she read my heart and turned my deepest feelings into song.  I wanted to forget my ex so bad–because he hurt me so bad–but he still haunted me.

Lemonade was my strength.  Even today, every time a song from the album comes on, I stop and listen.

(Special thanks to Eli W. for inspiring this series!)

For Success,Wealth and Health In All Areas Of Your Life

Tales from the mouth of a wolf

The OM Project
Her Supreme Self
RA Wheelchair Conqueror

The DEVAH has Arrived

Just a man with a blog, a wish & a dream

Ramblings of a girl masquerading as a woman...