One year from today, JB and I will become husband and wife!

I’m starting this series on wedding planning to share my experience and hopefully make wedding planning easier for lots of other brides out there.  When JB and I first got engaged, I quickly became overwhelmed with all of the details that needed to be addressed.  However, as someone who has worked as a professional project manager, I’m confident that I’ll be able to coordinate all of the details and make our wedding truly spectacular.  Look forward to posts on invitation selection, ceremony details, reception planning, DIY decor, and more!

But at the end of the day, the reception decorations and ceremony programs aren’t what really matters.  What matters is two people becoming one and creating their own family.  What matters is promising to be there for one another always, through the great times and the terrible times.  Regardless of what the decorations look like, I can’t wait to stand in front of our family and friends and publicly declare our commitment to each other and to God.

I’ve been praying a special prayer for JB and I as our wedding date draws nearer.  “Father, please bless our union. Allow us to serve You, bringing us closer together as we draw closer to You. We are thankful you brought us together and unite us for life.”

One of our very first photos together!

You wake up thinking it’s just an ordinary Tuesday, and then you end up getting engaged.  Who knew?  I surely didn’t.  But yesterday the love of my life asked me to marry him. 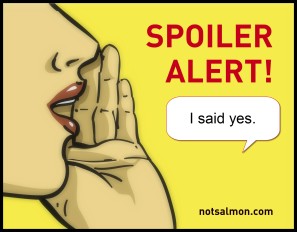 Sorry to ruin the surprise, everyone.

The story begins awhile back.  JB and I started dating about two years ago have always known that this relationship would go somewhere (at least I did anyway).  We had a few instances of wedding talk–even browsed engagement rings online so he’d have an idea of what I liked–but nothing super serious happened until a few weeks ago.  JB mentioned casually that we should go look at some engagement rings at a store so I could try them on.  We went to Kesslers, a local jewelry chain, and ended up purchasing a ring that day. We also took note of which wedding bands we wanted to purchase and tried those on as well.  Side note:  If anyone reading this is in Wisconsin and is looking for diamond jewelry, I highly recommend Kesslers.  The staff was amazing, the price was reasonable, and the jewelry is beautiful!

My engagement ring wouldn’t be ready for a week, so we patiently waited seven days to pick it up.  Once JB picked up the ring, I started living in a constant state of anxiety.  I wasn’t having panic attacks or anything, but I did constantly wonder when “it” would happen.  I also painted my nails just in case I needed to take ring pictures–a girl can never be too prepared.  (Side note:  My home manicure was long gone by the time he actually proposed–this is why gel manicures are so wonderful.)  I accidentally found the ring in his sock drawer when I was putting away laundry one day, and I guess he figured that out because the next time I went to put away his socks, the ring was mysteriously absent.  Word of wisdom to all you men out there:  Don’t hide surprises for your lady near clothes if she’s the one doing the laundry.

Fast forward to yesterday.  I had to work and JB was off, so I asked him if he wanted to have lunch with me.  He said he’d let me know and I went on to work.  During breaks I checked Facebook on occasion and noticed that JB had tagged me in a few things:  two music videos (both super romantic songs) and an album of pictures of the ring!  Once he picked me up for lunch, I thought he was acting a bit strangely but brushed it off.  We had a quick lunch, then he dropped me back off at work.  We checked in a few more times after lunch, then I left work to head home.  JB wasn’t there when I arrived–he had to pick up the boys from school–so I got to work making a marinade for some pork chops (Side note:  We are actually having these pork chops tonight–I’ll let y’all know if they turn out okay.)

A few minutes later, JB and the boys trooped in.  He got them settled at the table with some food from McDonalds, then grabbed me and said he had an announcement.  He said that I was a very special woman…very beautiful…and that he wanted to spend the rest of his life with me.  (Side note:  This is when I broke out into the type of sweat most often experienced when an extremely high fever breaks).  He dropped to one knee right there next to the kitchen table, in front of the three people most important to him, and asked me to be his wife.  🙂  I cried and said yes and we hugged and kissed.  The boys continued to eat their McNuggets–apparently nothing, even a marriage proposal, can get a kid’s attention if McNuggets are present.

Once I got control of my emotions, I told the boys that this meant we would have a wedding and they could be in it.  They got a bit more excited at that point…probably because most of the McNuggets were gone.  I called my mom in Kentucky to tell her the good news, and we celebrated with a cocktail and an evening with the boys.  (Side note:  I had to take a shower because I was so sweaty after he proposed.  I also spent a significant portion of the evening randomly bursting into tears–happiness overload.)

So there you have it–the story of our engagement!  We’re planning to get married in a year, maybe a year and a half, and have already started talking about location and all those other fun wedding things.  We appreciate every single phone call, text, Facebook post, and positive thought we’ve received; we can’t wait to spend the rest of our lives together, especially with our great families and awesome friends!

I finally showed JB my secret wedding Pinterest board!

Vegan for the Culture

I PINK IT
Blogging How to Makeup and All Things Beauty

I'm a writer for the lovers, dreamers and believers. For the hope give-ups and the heart beat-ups. If you live to read rhyme, you will love the lines in mine.

Make, Save, Invest, And Enjoy Your Money In Good Health